3D-printing is a unique technology — it lets you produce almost anything quickly and accurately. Moreover, items can be printed using different materials like plastic, metal, wax and so on. Manufacturers no longer need to recalibrate their tools or create prototypes manually — instead, they can rely on 3D printers. In such a way you can produce almost any thing of corresponding size: toys for kids, pizza for spacemen, high-heeled shoes for a hacker-penetrator and medical prostheses for humans and animals as well. 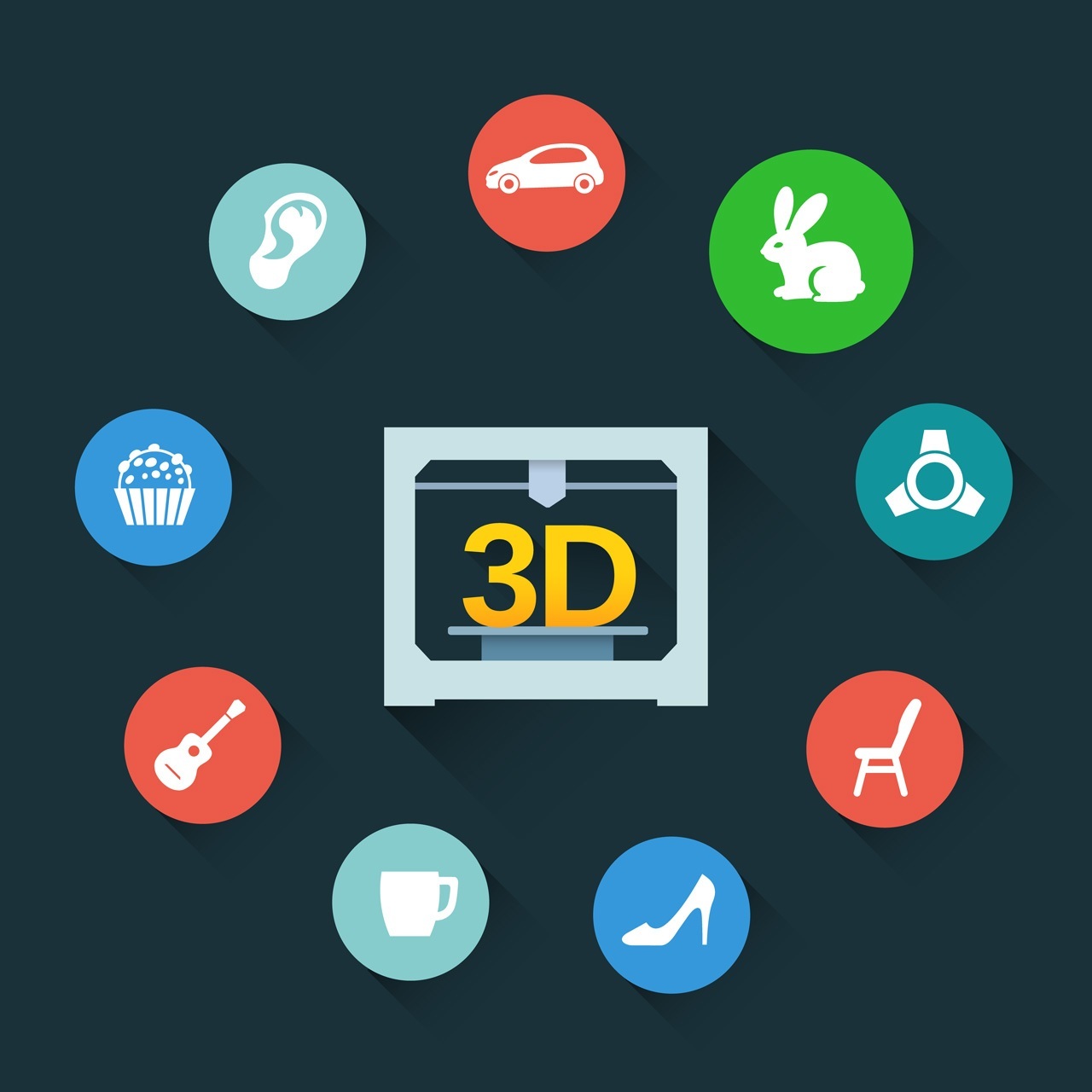 For 3D printing industry saving the wild world is not only a charitable act, but also a way to show the full capability of the technology. Engineers and doctors use 3D printers to make prostheses for animals, as well as splints, frames and other medical stuff. When a patient recovers, they can be removed and used once more.

New legs for a dog

Derby the dog was born with underdeveloped front limbs, so he could only crawl. His original owners abandoned Derby. Fortunately, he soon met Tara Anderson, the head of 3D Systems. She adopted Derby and turned him into a “poster boy” for the 3D printing technology; the skilled staff from 3D Systems developed and printed a custom set of prosthetic legs. And they were gladly accepted by Derby! He soon learned how to run. In fact, he liked it so much that now the dog goes for a 3 mile long scamper everyday with his new master — Tara’s husband.

The prostheses Derby uses now are not the first iteration: in fact 3D Systems created several versions. The initial model was too low and Derby could not keep his back straight. Such posture increased the spine load and could have damaged his spine. It turned out that bigger prostheses could not solve the problem: they only made moving more complicated. The staff at 3D Systems had to change the design completely, pick a new material and create a model, which functionally reproduced dogs’ knees. As a result Derby received prostheses, which did not look like dogs legs at all. Still, Derby uses them with great eagerness every day.

A turtle with titanium jaws

The majority of sea turtles are on the list of endangered species – that’s why scientists try to save every injured animal that they can. In 2014 an adult sea turtle collided with a boat’s propeller, and the results were tragic: its jaws were broken and the animal could not eat on its own.

Bringing him up in a lab environment was also very complicated: the turtle could hardly swallow young fish and was extremely starved. That’s why specialists from Pamukkale University’s Sea Turtle Research, Rescue and Rehabilitation center teamed with a Turkish company called Btech Innovation to produce a custom-designed, 3D printed titanium jaw for the turtle.

It is noteworthy that metal 3D printing is one of the most promising technologies. Most people are familiar only with plastic 3D printing, mainly from ABS plastic. Items made by fused deposition modeling method from plastic are very cheap but fragile. Moreover, this method does not provide proper accuracy in printing, so it does not allow you to create complicated things like, well, a turtle jaw.

Metal 3D printing is capable of creating solid and accurate items with lots of fine details. That’s why the new jaw was made from titanium. In fact, people worked long and hard to invent a 3D printer, that could print in metal with proper quality. Modern printers use metal clay, which consists of very small particles of metal (such as silver, gold, bronze, or copper) mixed with an organic binder and water. Last two ingredients burn away during printing, and that’s how a solid metal object is created.

Two-in-one: an architectural masterpiece and an artificial shelter for a hermit crab

Hermit crabs use empty shells of other sea animals and regularly change them: either when they overgrow their current home or when a more aggressive rival boots them out. Hermit crabs population heavily depends on shells availability – if a crab doesn’t find a shell in time, it’s as good as dead.

Japanese designer Aki Inomata combined art and care for hermit crabs. She studied the form and the structure of their favorite shells and 3D printed houses which inside are identical to the best seashells, but outside look like crystall buildings: mills, churches and architectural monuments. It seems that hermit crabs highly appreciated her work.

Some Costa-Rican teenagers played with a young toucan, but their games did not end well – the bird lost the upper part of its beak. This kind of injury could only lead to slow, painful death: without their beaks toucans cannot eat and thus starve to death. It’s also used in thermoregulation. Moreover, toucan females choose mates judging by their beak color, so the injury left the poor bird with no chance for reproduction as well.

Volunteers launched a fundraising campaign. They wanted to raise money and 3D print a new beak for the bird. It turned out that in a situation like that people are extremely compassionate: the required sum, about $5 000, was accumulated in less than 48 hours.

A similar story happened with a Brazilian toucan named Tieta. It was rescued from an illegal wildlife animal fair in Rio de Janeiro. Tieta lost the upper part of its beak, probably because of smugglers who mistreated the poor animal.

Specialists from three Brazilian universities worked together for three months to develop and 3D print a special prosthesis for Tieta. The biggest challenge was to create a light and at the same time resilient prosthesis. It took the bird three days after replacement to realize that it had its beak back, but now Tieta can eat independently and do other things like a normal toucan.

Buttercup the duckling hatched with his left foot turned backwards which caused him a lot of pain and made him unable to walk or swim properly. The bird lived like this but when he got into Feathered Angels sanctuary, the situation turned for the better.

Here the vets recommended removing the defective foot, and the founder of the shelter asked NovaCopy, company which specializes in 3D printing, for help.

NovaCopy specialists scanned the left foot of Buttercup’s friend Minnie and created a prostheses for the lucky duck. In time a few other models were created, including holiday design and special model for swimming. Soon Buttercup became a Facebook star and the symbol of Feathered Angels shelter.

Legs for a cat

Vincent the cat was born without rear shinbones, so he could not walk. But Dr. Mary Sarah Bergh from Iowa State University who adopted him decided to turn to 3D printing to make him a pair of usable legs.

For a long time Mary could not understand how to help Vincent until she asked her colleagues from Biomedtrix company for help. Together they created and printed artificial titanium legs for the cat. Usually prostheses are made as a continuation of limbs, but Vincent had no hind feet at all, so titanium legs were embedded directly into his bones to let them grow around the metal. According to the treatment plan, prostheses will be modified as the cat grows, until they reach the height of the fore feet. Now Vincent is three years old and walks again.

The unique experiment with Vincent’s titanium prostheses provided valuable experience, which can be used in treatment of other animals suffering from the same diseases.

Wheels for a disabled dog

A moving story of TurboRoo, the chihuahua, changed lives of many dogs. TurboRoo was born with no front legs. His owners had the guts not to abandon it. Instead they made several wheeled cars, which carried puppy’s chest and helped him move. They published their story online, and it suddenly went viral.

Among people whose hearts were touched by TurboRoo story were the specialists from 3dyn company. They made a special gift for the dog: 3D printed wheels. TurboRoo got used to the new device in a very short time and now he can run just as quickly and happily, as all the other dogs.

Though TurboRoo was one of the first puppies who got 3D printed wheels, he’s definitely not the last. Many injured dogs receive similar devices. One of them is Daffodil, the chihuahua, who was callously dumped on the streets in a paper box. Its owners decided to abandon it because it had been born with no front legs.

A kind-hearted passer-by sheltered the puppy and then asked a charitable organization called SFSPCA for help. They made special wheels for Daffodil. In the video below you can see how she first tries on her new wheeled legs.

As the years go by, 3D printing becomes more and more affordable. Though we are not sure that 3D printers will be in everyone’s homes any time soon, it won’t take long for everyone to be able to find a place where they can print a toy or a prosthetic paw for a pet. Simply download a 3D model from the Internet and get to the nearest 3D printing workshop — and that’s it. By that time this technology will advance for sure and it’s wonderful to imagine, what else we will be able to print just next door.