A long time ago, in a galaxy far away viruses were created not for profit, but for somewhat perverse fun. And on MS-DOS. And there were very few of them. So, well, things were completely different. Among the first malware was a notorious virus called Cascade, which caused symbols to fall to the bottom of the screen, making work on the infected computer nearly impossible.

Cascade was the first virus that Eugene Kaspersky ever encountered. It was 30 years ago, in 1989, and it changed his life completely. He disassembled the virus and wrote a tool that helped remove it. The tool became popular among his friends and acquaintances, and that was when he decided to devote all of his time to developing an antivirus solution. That antivirus became commercially available in 1992, and in 1997, the company we now know as Kaspersky was founded.

A lot has happened since 1989 — from the founding of the EU and the breakup of the USSR to the cloning of a life being and the creation of the modern Internet. Here, in the graphic below, we take a look back at those 30 years: how things have changed, how the cyberthreat landscape has become more and more complicated, how tech has evolved, and how the world has reacted to such changes.

Disclamer 1: The graphic is big. Download it and take a look for a better experience than loading it online.

Disclaimer 2: It’s a maze. Begin at the bottom and follow the cybersecurity events to reach the top; the dead ends contain events unrelated to infosec that were nonetheless very important in world history. On the right is a very short description of each event. 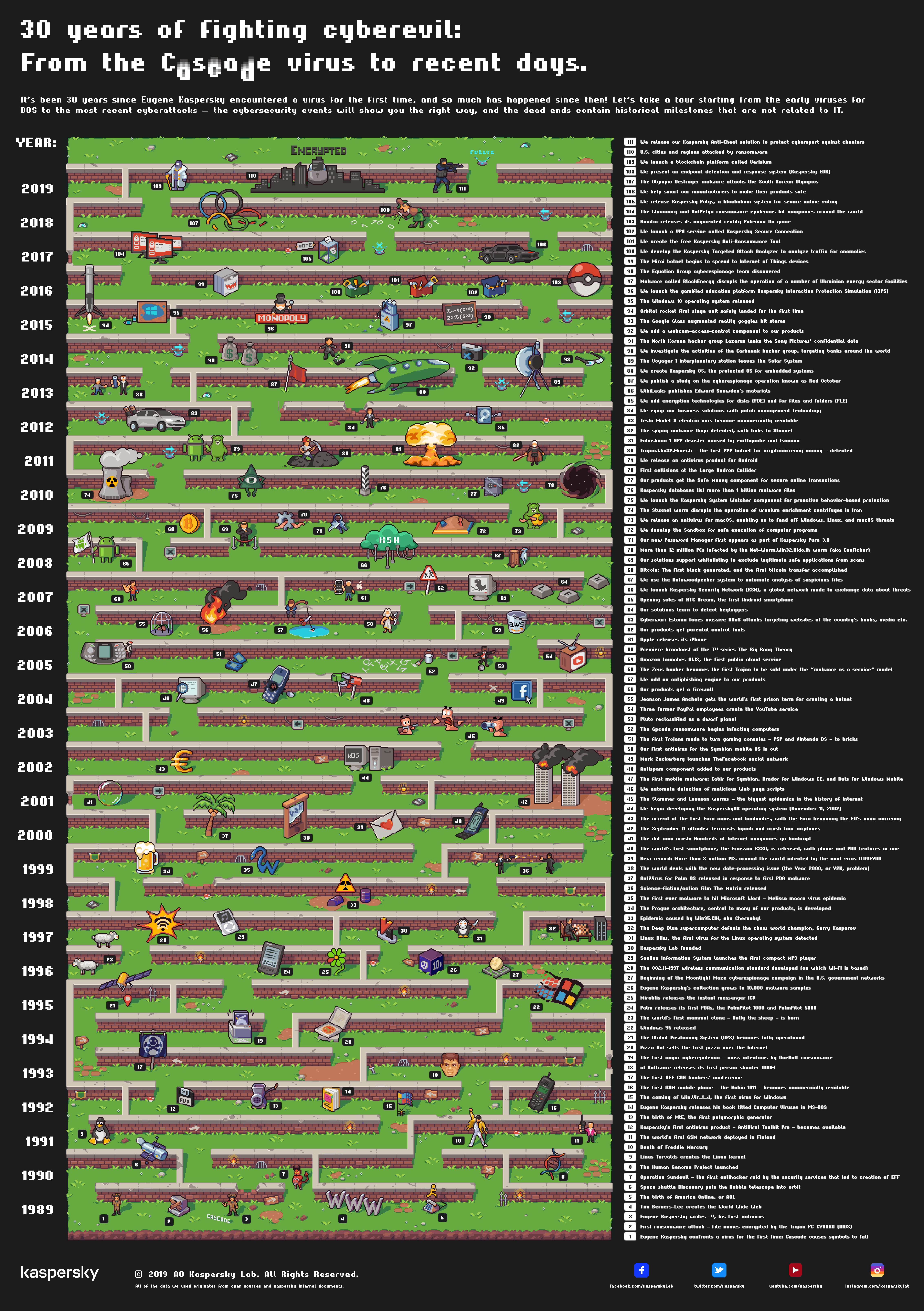 The cybersecurity of the Terminator

Before the world release of Terminator: Dark Fate, we decided to check in on the state of cybersecurity in the Terminator universe.