I am not a gambler, and it is not too easy to lure me into a dare. Yet, I could not resist it this time. A friend posed this bet to me: “A bottle of good scotch in exchange for a day without my trusty smartphone?” I thought that’s a piece of cake! Only twenty years ago, mobile phones were very uncommon, not to mention smartphones. And it was not too bad. We could go around our lives without them. 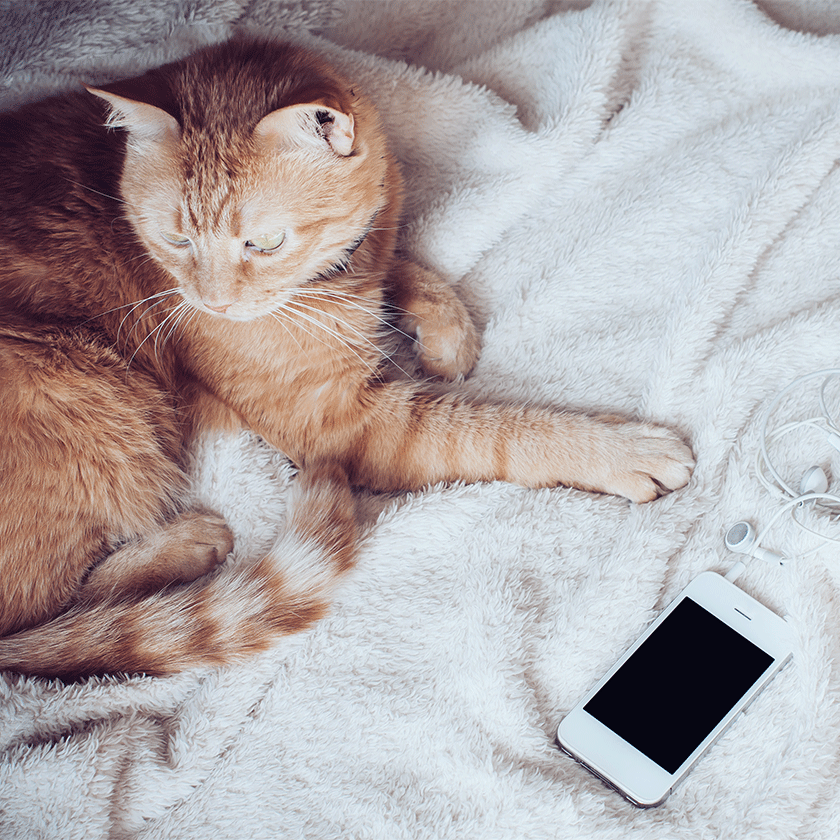 So we set off! The smartphone was turned off and put into a drawer. I left a message on Facebook that I would be unavailable on my phone. I turned off the two-step Google authentication with one-time passwords sent to my phone. I took off my smart watch, as it was useless without my smartphone. I could still wear a regular. Now, it was time to turn in for the night.

No, not yet, there came the first problem. I am more night owl than an early riser, so the alarm on my smartphone typically wakes me up. Some time ago, I had a real alarm clock that ticked out loud throughout the night and jingled annoyingly in the morning. God only knew where it was now.

How devastated would you be if you lost your smartphone? #digitalamnesia Link in bio.

I started to surf the Internet. Hurray! There were a lot of alarm clocks for Windows that can wake computer up from the Sleep Mode. I fell asleep feeling proud of my ingenuity, completely unaware of what tomorrow had in store for me.

During breakfast, I usually read email and news on my smartphone. Now, I had to sit at the computer, as dropping habits for a day seemed like a bad idea. I spilt some coffee onto the keyboard but dodged the aftermath somehow. An email from my boss message said I needed to drive to the office of our partners for a quick meeting.

I step out of the house. There is gaping nothingness in the right-hand pocket of my jeans. It is where I usually keep my phone, and it seems that I left it and have to go back to get it. No, I did not. Everything is all right – scotch ‘s waiting.

I’m getting into my car. There’s no music on the phone, but I still can listen to the radio.

I made my way through the city relatively fast. But then my visual memory failed me. I had been to the office of our partners only once, and, to add fuel to the fire, I had been given a ride. I wished I had had a GPS or at least a shabby map in my glove box again. I wonder why I threw it away!

All right, having my wits and ability to speak still – talking to people a novel idea – I was able to find the partners’ office. After finding parking, I was met with another challenge – I did not have my smartphone with my app to pay for parking. After 15 minutes of looking for a compassionate soul, I was able to get a woman to pay for my parking in exchange for cash. In our conversation, she shook her head a bit when I told her of my bet – she was skeptical, but gladly accepted the cash.

I wanted to call up my boss, who was supposed to be at another meeting, though I could not recall his number. I haven’t ever even tried to remember it – there was no need, actually. His number was in my phone book, it was all I needed. I remembered reading recent research which stated that 91% of Americans readily admitting to relying on their devices and the Internet as an extension of their memories, so I was not alone – the irony.

91% of Americans admitted their dependency on the Internet and devices as a tool for remembering #digitalamnesia https://t.co/c4rC9IBvFm

My next adventure awaited me at a gas station on my way to work. At the pump, I inserted my debit card only to realize that I could not remember my PIN. I actually never remembered it. All bookkeeping, including passwords, had always been stored on my smartphone. Now, the smartphone was in my drawer. After three failed attempts to enter the PIN, I scratched my head in embarrassment as other patrons looked on at my bewilderment.

All I had to do now was to call up the bank from my office to unblock the credit card. I wished I had remembered the code word. Damn it!

With no other credit cards, I had to give all of my remaining cash to the clerk to pay for what gas I could before heading back into the office.

All I had to do now was to call up the bank from my office to unblock the credit card. I wished I had remembered the code word. Damn it! Maybe I should have trained my memory or took some vitamins? And, as a matter of fact, maybe to hell with this scotch.

I came to the office closer to lunchtime. The boss snorted but said nothing. It turned out that in my absence there had been a back-and-forth in email that revolved around my project. And I had skipped that successfully.

However, things were looking up with the corporate Internet at my disposal. Besides, my financial problem was solved by guessing the code word from all of the maiden names and pet names that I knew. What a miracle!

The next ordeal was my lunch. While all of my co-workers habitually buried themselves in their devices, feeling like a social outcast, I tried to master verbal communication. I wanted to take a picture of the introvert society to post it on Instagram with an acrimonious comment, but, alas, the joy of digital revenge was not bestowed upon me on that day. I ought to have an analogue lunch. I could bring back the Ashes next day.

The rest of the day happened to be uneasy. My co-workers kept expressing their indignation, asking why they couldn’t get me on the phone. Why, why! Because my working calls were forwarded to my cell phone, of course. I put it off.

I was late to the meeting. The Outlook reminder did its job well, though I was out of my workplace at that time. And my smartphone was at home in the drawer.

My wife, called up my corporate number from her business trip. Her voice was quite annoyed and angry. ‘Why didn’t you congratulate my mother on her birthday? Why didn’t you pick up the phone? Are you trying to ignore me or pick a fight with me?’ she said. I was not trying to pick anything, really: all of the important dates of birthdays were stored in my smartphone, so was the number of my mother-in-law. I thought I should get a real notebook again like I had twenty years ago.

That evening, I got stuck in all of the Boston traffic jams. Usually, I use an application to select the route where there are fewer red road sections. However, this time I had to rely on my intuition.

Nevertheless, I won the bet and got my scotch, though I had to live through a really hard and eventful day. Yet, I drew a couple of lessons from this bet.

The first lesson: it is possible to survive in a big city without a smartphone by paying the price of a considerably slowed-down pace. That usually cannot be afforded in everyday life, being that slow, you just become noncompetitive. However, maybe no-digital days should be practiced during summer holidays or at a picnic just to feel some more freedom.

And the second lesson: mobile devices have been steadily taking hold of our vital functions. If a phone is lost, broken, or stolen, it will greatly perturb its owner, as if he lost an arm or something like that. So, please, do not forget to back up your data and to check out Kaspersky Internet Security for Android – a really useful application.

These days, ransomware-related news stories look a bit like, well, war chronicles. In fact, this is the consequence of an elevated attention to this particular kind of threat; similar things occurred in early the 2000s when net-worms thrashed the Web.